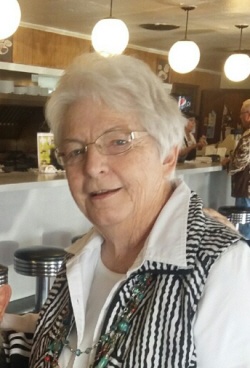 Jerry Ann Mitchell Noah, 81, of Graham, passed away Sunday, January 22, 2017 in Graham. Funeral services will be held Wednesday, January 25, 2017 at 10:00 a.m. in Eastside Church of Christ. Burial will follow in Pioneer Cemetery under the direction of Morrison Funeral Home.

Jerry Ann was born January 9, 1936 in Ida, Louisiana to the late Eldridge Eugene and Thelma Marvin (Wilson) Dauphin. She married James Henry "Jim" Mitchell September 1, 1954 in Odessa and he preceded her in death December 16, 1984. She later married Neal Noah and he preceded her in death in 2009. Jerry Ann was a member of Eastside Church of Christ where she was involved with the church, her community and meals on wheels.

To send flowers to the family in memory of Jerry Ann Mitchell Noah, please visit our flower store.