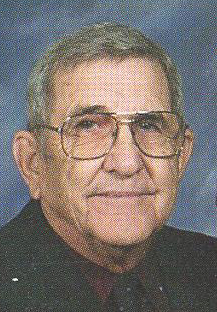 Jerry was born on April 19, 1931 to Edwin and Izora York in Muleshoe, Tx. He lived the majority of his life in Graham and graduated from Graham High School in 1949. He met and married Wilma Luna, the love of his life in January 27, 1952, shortly after he was called to serve his country in the Korean Conflict in the Marine Corps. After he arrived home, Jerry started working for Heath Electric, which gave him the foundation to start his own business, York Electric 1979-2012. He served the community of Graham in many ways with his civic involvement with the Lion’s Club as a lifetime member helping with events such as the PK Relays and the carnival, while providing spiritual guidance through his ordainment as a Southern Baptist Deacon serving many churches in the Graham area. In his spare time, Jerry made his early morning coffee rounds to the local banks, and the DQ. He enjoyed metal detecting with Roger McClannahan, and fishing at South Padre and Colorado with Lawrence Barnhill (Barny). He extended his love of fishing to his family who he would take to South Fork, Colorado every year. In his later years, he had a passion for singing in the choir of the Prime Time Singers of the First Baptist Church.

He is survived by his wife Wilma Luna York, his three children and their families: Son Michael and wife Vevalyn York of Brenham, Grandson Joshua and wife Sabrina, great granddaughters Braelynn and Brielle York of Brenham. Daughter Jerri Gail and husband Dennis Howard of New Braunfels. Grandson Daniel and wife Alicia Howard of Irving. Daughter Greta and husband Brent Swenson of Granite Shoals. Granddaughter Cheyenne and husband Blake Schulze of Llano, who are expecting their first child March 30, 2020. Jerry leaves behind a multitude of extended family, friends, and especially his Celeste Care family in Llano who took excellent care of him until his passing.

Jerry was preceeded in death by his brothers and sisters: Pauline, Glen, Phyllis, Dwaine, Elzie, Donald, and Darlene York Bramlett.

Even though he will be missed dearly, Jerry has gone to his forever home to celebrate with his Lord and Savior Jesus Christ. Oh, the mansion that awaits him there! “Come, my Lord, no longer tarry, Take my randsomed soul away, Send thine angels now to carry, Me to realms endless day” – Come Thou Fount

To send flowers to the family in memory of Jerry Keith York, please visit our flower store.
Send a Sympathy Card