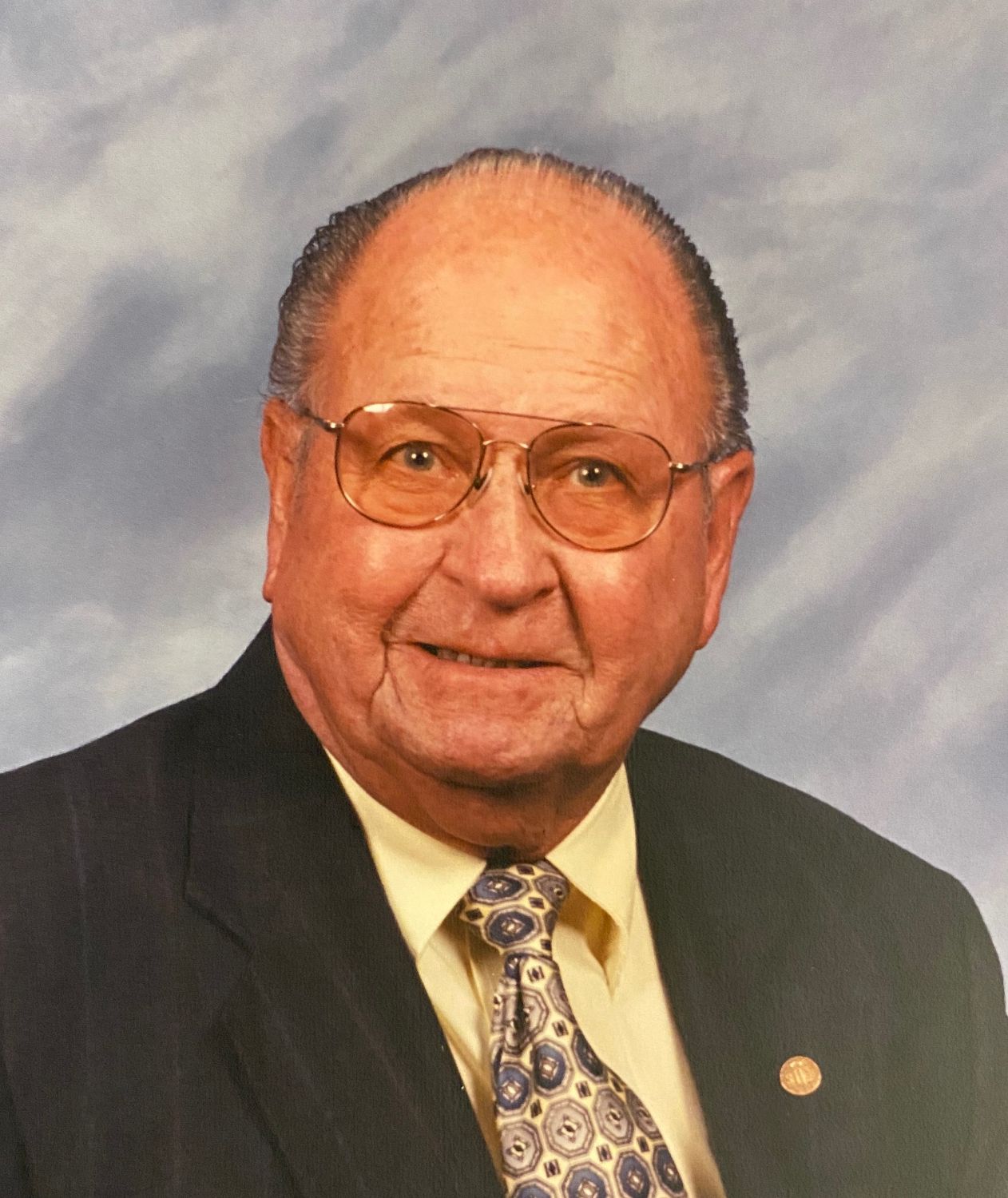 
Jim was born April 1, 1925 in Forest Hill, Louisiana, to Eddie S. and Lila Dunn. He grew up there where he graduated from high school. He was inducted into the U. S. Army on July 21, 1943. He served in the European Theater of Operations as a truck driver in Service Company, 276th Infantry Regiment of the 70th Division earning a Combat Infantryman Badge. After being honorably discharged in 1946, Jim rejoined his family in Monroe, Louisiana where he invested in a correspondence course on diesel mechanics. He made that his life’s work focusing mainly in the oil field industry. Jim worked on land and offshore rigs all over the world for SEDCO, Inc. While making crew changes to Hong Kong and China, he would circle the globe twice – once east to west, once west to east before retiring in 1986. He married Mary Helene Orrell Bachman on September 24, 1976 residing in Graham. After 13 wonderful years, he lost her to cancer in 1988. He would eventually operate a small part-time business, Dunbilt Windshield Repair for several years, finally retiring for good in August 2014. Jim enjoyed fishing and woodworking.

Jim was a member of First United Methodist Church of Graham, VFW Post 8567 of Graham, and the 70th Infantry Division Association. His cremated remains will be interred at the U. S Military Cemetery in Grand Prairie, Texas in a private ceremony for family and friends. All arrangements are being made by Morrison Funeral Home of Graham.

Special thanks to Dr. Pete Brown for his medical assistance and also to Tricia Crossland for the love and comfort she gave in the final days.

To send flowers to the family in memory of Jim Dunn, please visit our flower store.
Send a Sympathy Card