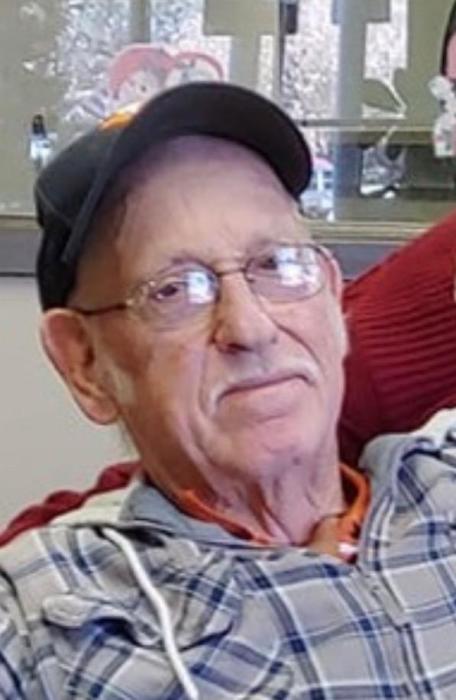 Jimmy Leroy Pippins Sr, 80, of San Angelo, departed this life from natural causes to begin a new eternal life with his Heavenly Father and all his loved ones who have gone before him on March 19, 2020 in Graham, Texas.

Graveside services will be held on Tuesday, March 24, 2020 at Drummond Cemetery in View, Texas.  Arrangements are by Morrison Funeral Home.

Papa or Leroy, as he was known to family and friends was born in Rule, Texas to Vurrell and Myrtle Pippins on May 17, 1939.    He went to school in Rule, Spur, and Abilene.  Jimmy joined the United States Marine Corps in 1957 and was proud to have served his country.  He married Barbara Region in 1959 and they were blessed with two daughters, Genie and Clara “Nel”.  He later married Wilma Jewell Reeves on November 17, 1967.  Jimmy and Wilma were gifted with two children Jimmy Jr. and Heather.  Jimmy worked as a transport driver for Gandy’s Dairy.  After retiring from Gandy’s, Jimmy drove a school bus for San Angelo ISD for many years.

Jimmy was led to Jesus by Rev. Don Hughes and became a born-again Christian in 1969.  He was a member of Bowie Street Baptist Church, Riverside Baptist Church, Baptist Temple, and Bethel Baptist Church.  He loved the Lord and wanted everything he did to be pleasing to his God and Savior.  Jimmy developed many lifelong friendships through Christ including Jim Anderson, Leonard and Doris Potter, Gene Potter, Harvey and Patsy Koenig, the Murphy family, the Cowley family, and countless others.

Jimmy is preceded in death by his father and mother, his brothers Claude David, Oscar Gerald “Jerry”, Ronald Gene, Ruben Paul, and a special uncle and aunt, Bill and Gene Pippins.

In lieu of flowers, memorials may be sent to Garden Terrace Nursing Home in Graham.

The family of Jimmy wishes to extend our sincere thanks to Dr. Steven Jones, Garden Terrace Nursing Home, and Tricia and Kristi from Beyond Faith Hospice. Your love and care have meant the world to us.

Due to the precautions resulting from the COVID-19 virus a memorial service will be held in San Angelo at a later date.

To send flowers to the family in memory of Jimmy Leroy Pippins, Sr., please visit our flower store.