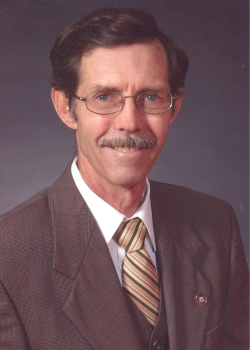 John Fulbright, 71, passed away Wednesday, June 07, 2017 in Graham.  A Memorial service will be Thursday, June 15, 2017 at 2:00 p.m. at First United Methodist Church.  Arrangements are under the direction of Morrison Funeral Home.

John was born July 11, 1945 in Fort Worth, Texas to the late Kenneth Collie and Helen Ocie Wallace Fulbright.  He graduated from Weatherford College with a degree in Engineering.  John was a Veteran of the United States Navy.  He married Kristina Sampson, June 15, 1968. She preceded him in death on January 14, 2000.  He was an employee of the Brazos River Authority working as an engineer at the Possum Kingdom Dam and a member of First United Methodist Church in Graham.  John married Margaret Delong Norris, January 27, 2001 in Graham.  He was a Boy Scouts of America Scoutmaster in Graford and Graham.

John was preceded in death by a daughter, Michelle Rene Fulbright and a sister Joann Caverzan.

To send flowers to the family in memory of John E. Fulbright, please visit our flower store.
Send a Sympathy Card