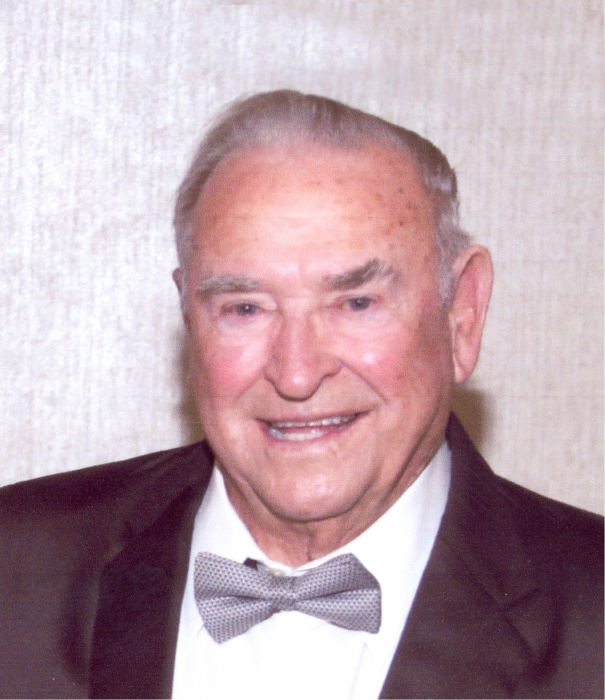 Lieutenant Colonel Johnny Cooley, 89, passed away Saturday, July 24, 2021 in Graham. Services will be held Tuesday, July 27, 2021 at 10:30 a.m. in the First United Methodist Church. Graveside service will follow at 2:30 p.m. in Crestview Memorial Park in Wichita Falls under the direction of Morrison Funeral Home.

Johnny was born in 1932 in Oklahoma to Matt and Ida Belle Cooley. The family moved to College Station, Texas where Johnny attended A&M Consolidated High School and went on to study at Texas A&M University. During his time at A&M, he was in the Corp of Cadets and married Clariece Burney before graduating in 1953 with his Bachelors Degree.

After graduation, he joined the Air Force as a Lieutenant and began his flight training shortly thereafter. Johnny served as a pilot in the Air Force for the next 20 years at various locations in the States and in Southeast Asia, France and Germany. He flew Special Air Missions with the Presidential Unit EIS as Airforce II and flew several different planes, including the T-6, T-28, B-25, C-119, C-130, VC 118 and the T-39. Johnny received the Air Medal with 4 Oak Leaf Clusters, the Bronze Star and retired with the rank of Lt. Colonel with 11,000 flight hours; 1,000 of which were in combat support.

After retirement, Johnny opened Cooley’s Western Wear in Wichita Falls, Texas, which he owned and operated for over 30 years. Johnny was a Mason and Shriner with the Maskat Shrine Temple and was responsible for creating and training the Maskat Mounted Patrol. He served as the Captain and Drill Master and led the mounted patrol on to win a national title. Cooley’s Western Wear was a proud sponsor of the Wichita County Rodeo.

Johnny married Sue Moncrief in the summer of 1996. The couple split their time between Wichita Falls and Possum Kingdom Lake for several years until Cooley’s Western Wear was sold. At that time, Johnny and Sue retired to Possum Kingdom and later moved to Graham.

Johnny is preceded in death by his parents, his brother, Bill, Clariece and his grandson, Luke. He is survived by his wife, Sue Cooley, his daughters and their spouses, Johna Nicklas, Brenda and Bud Conrady, Terri and Tio Torres and Shari and Roger Evans and stepdaughters and their spouses, Carla and David Brown, Heather and Karry Dunn, and Courtney and Charles Wagner, 16 grandchildren, 8 great grandchildren and brother, Matt Cooley and wife, Edith.

To send flowers to the family in memory of Johnny Cooley, please visit our flower store.
Send a Sympathy Card