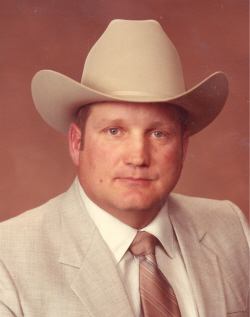 Johnnye was born October 30, 1943 to his late mother Mary Slice Lehr and late father Harold Marshall Lehr in Young County. He was raised in Young County where he played sports and worked on the Farm. Graduated from Graham High School in 1963 and attended Arlington State University. He came back to Graham to help his father and work at the dance hall "The Barn". He joined the Army in 1967 and served in Germany and the National Guard from which he retired. He was a deputy Sheriff for Young County and had a bail bonding business. He also worked in the oilfield patch as a driller for several years. He was a hard worker and loved helping others. He loved the lake cabin and entertaining family and friends and feeding his wildlife. Most of all he loved football, The Friday Night Lights. He attended every Graham High School game usually with his buddies. He was a super great man especially an outstanding father and Grandfather. He was so full of joy and loved making people laugh. He will be so deeply missed.

To send flowers to the family in memory of Johnnye Faye Lehr, please visit our flower store.
Send a Sympathy Card