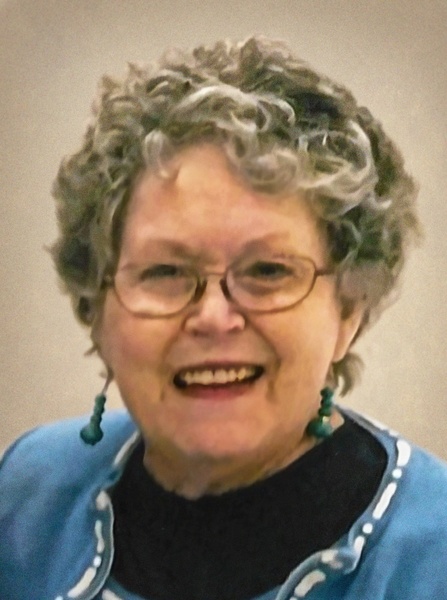 Judith Lynn Cavitt Scott was born in Erath County, Texas on January 2nd, 1945 to Doyle, and Juanita Cavitt. She was eagerly welcomed by two sisters, Audrey and Linda and soon after became big sister to Pam.

Judy was a successful student with school coming easy to her and graduating as Valedictorian of Huckaby High School. After high school, Judy attended Tarleton State pursuing an education degree. While there, she met the love of her life, Walter Leon Scott III (Dubber) and after 2 weeks and 3 dates later, she was wearing an engagement ring and married, October 2, 1965. Two years later Judy and Dubber grew their family with the birth of their daughter Lisa Michelle Scott (McCool) and son Walter Leon Scott IV (Lee) arriving in 1969.

Judy was an active member of the Graham community as a business owner with her family and spent 20 years as the Young County Extension Office and 4-H Secretary investing back into the youth. Judy loved spending time outside, reading, sewing, gardening, crafting, and making life beautiful for the people around her. The pride and joy for life came in the form of her three grandchildren Pecos Brady and Larissa and she always inspired them to use their imagination to its fullest. Grandma enabled and encouraged their creativity early on with art supplies, handmade costumes and standing ovations. She could always be seen an hour early on the front row at football games track meets dance recitals and concerts as they grew up.

Judy was artistic, enthusiastic, kind and sweet spirited. She was an active member of the Eastside Church of Christ and spent many years along with Dubber decorating the church podium and lobby. They had worked side by side in the floristry business in the early years of marriage and used those God given gifts and talents to amplify the beauty of worship with inspiring and lovely arrangements.

Judy was proceeded in death by her loving parents, Doyle and Juanita Cavitt, her adoring in-laws Dub and Jo Scott, brothers in law Kenneth Scott, Cotton Stockstill and Charles Whitefield.

The Scott and McCool families would especially like to thank those caregivers and medical teams that have loved and adored Judy as family in recent years. Young County Home Health, Beyond Faith Hospice, Graham Oaks Care Center and Rehab, Elmcroft Senior Living, Graham Medical Associates and Dr. Mataska and team. Special appreciation is deserving to the fellowship of Eastside Church of Christ and the Graham Senior Citizens Center.

To send flowers to the family in memory of Judith Lynn Scott, please visit our flower store.