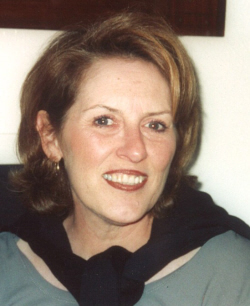 Judy Thompson Reynolds,74, passed away Saturday, June 24, 2017 at her home in Graham. A Celebration of Life will be Tuesday, June 27, 2017 at 1:00 p.m. at First United Methodist Church. Burial will follow in Pioneer Cemetery under the direction of Morrison Funeral Home.

Judy was born March 22, 1943 in Graham, Tx, the daughter of the late Alyne Henderson Thompson & Judge Raymon Thompson. After graduation from high school, she attended TCU, married and lived in Fort Worth until 2008. While working for Minton Corley Interior Design for 37 yrs, she also did volunteer work at the Warm Place, Symphony in the Park, Mayfest, Colonial Golf Tournament and the Bass Opera House. She was a member of the Junior Womans Club, Alpha Delta Pi Alum and served on the housing board at TCU, was President of the Kappa Kappa Gamma Mothers Club, and a member of the Frog Club for many years.

Judy always tried to help her Graham High School class of 1961 in planning reunions, get-togethers and keeping them a good close group. In 2006, she organized a 5-yr reunion for classes of 1958/62 that established the J D Burke Scholarship via an auction. It is still a wonderful need-base scholarship today. The family request in lieu of flowers, donation be made to the J D Burke Scholarship(via James Ross, 922 East St, Graham, Tx 76450).

Judy loved the Lord growing up in the First United Methodist Church in Graham, raising her children in McKinney Bible Church and later becoming a member of University Christian Church in Fort Worth.

To send flowers to the family in memory of Judy Thompson Reynolds, please visit our flower store.
Send a Sympathy Card