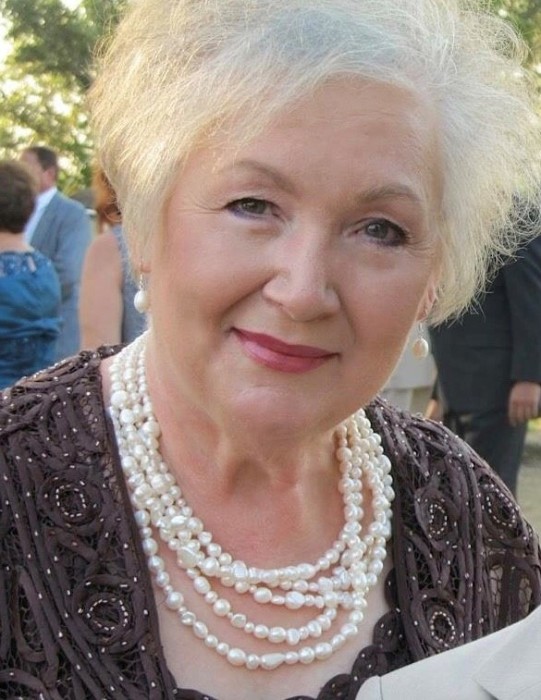 Karen Lea White, of Graham, Texas, went to be with her Lord on January 3, 2018, at home surrounded by family. A Celebration of Life service will be held at 10:00 AM, January 6, 2018, at First Baptist Church in Graham, with Jimmy Hackney officiating. Family visitation will be held at 6:00-8:00 PM on January 5, 2018, at Morrison Funeral Home in Graham. Arrangements are under the direction of Morrison Funeral Home in Graham, TX.

Karen Lea White was born September 30, 1948, in Knox City, TX, to Sammy B. and Winifred White. Karen spent her childhood and teenage years in Knox City where she graduated from Knox City High School in 1967. Karen then moved to Lubbock to attend Texas Tech University where she met the love of her life, Ron White. Karen graduated from Texas Tech with a degree in Medical Technology. Shortly after graduation, Karen interned at Brackenridge Hospital in Austin, TX. Karen married Ron White on January 8, 1972 in Knox City, TX. Ron and Karen resided in Houston, TX until Ron graduated from pharmacy school 1973 and they then relocated to Vernon, TX. In May of 1976 Karen and Ron moved to Graham where they joined First Baptist Church and were expecting their first-born son. Christopher Evan was born on December 26, 1976. Their second son, Matthew Scott, was born on September 20, 1979.

Karen worked at Graham Regional Medical Center for 29 years where she retired as Lab Director in 2015. Her first love was the First Baptist Church children’s music program which she directed for 18 years. She also was the leader of the Golden Belles Hand Bell Choir for over 15 years. She was a Garden Club member and also loved camping with her family and taking weekend trips with her husband. Also an avid sports fan, she backed her Texas Tech Red Raiders and the Baylor Bears, Matt’s alma mater. After retirement she enjoyed traveling and spending time with her family.

She was preceded in death by her parents, Sammy B and Winifred White and nephew, Ross Baker. Karen is survived by her beloved husband of 46 years, Ron, of Graham; son Chris White and wife, Amy, of Richardson TX; son, Matt White and Kevin Meredyk of Dallas; sister, Teresa Baker and husband Bobby of Weatherford; brother, Sammy B White, Jr. and wife, Renee, of Georgetown; niece, Whitney Flack and husband, Allen, of Wichita Falls; niece, Samantha White, of Waco; and niece, Meredith White, of Commerce; as well as many other loved ones.

“She was a wonderful spirit with a heart for her Savior making her a servant of mankind.”

For those desiring, memorials may be made to First Baptist Church, Graham TX.

To send flowers to the family in memory of Karen Lea White, please visit our flower store.
Send a Sympathy Card