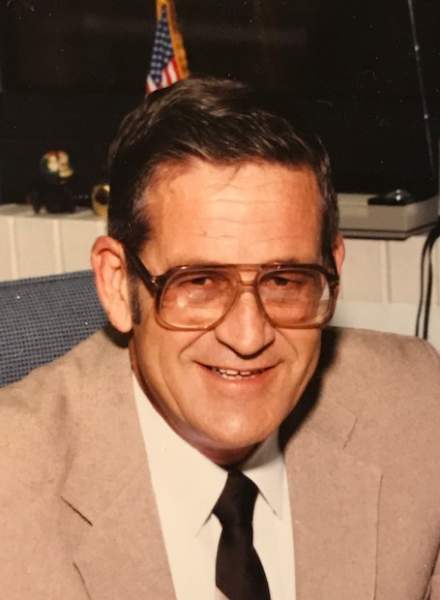 Ken was born on December 31, 1935 in Mineral Wells, Texas, to James Jackson and Rosie E. (Jobe) Ford. He grew up in Breckenridge, where he played quarterback for the high school and was known as Ken “Model A” Ford, (His brother John T had been the “Model T” of Breckenridge 8 years earlier). He led the Buckaroos to the State Championship in 1951 and 1952. He continued his education on a football scholarship at Hardin-Simmons University. It was there that he met Myrna Loy Petty. After graduating in 1958, Ken and Myrna were married on September 14, 1958 in Las Vegas, Nevada. His honeymoon was spent in New York at football practice where he played Pro-Ball for the next few years with the New York Titans (today’s Jets) and the New York Giants. A country boy at heart, Ken left the big city and Professional Football and returned to Texas. Ken began his education career coaching high school football in Loraine, Pampa, and Holliday, Texas. In 1968 coaching brought him to Graham, which became his home for over 50 years. After pursuing his Master’s degree from Tarleton State University, Ken served as principal of Shawnee Elementary School and eventually Graham High School where he stayed until his retirement in 1993. Ken and Myrna moved to Lake Graham in 1993 where they made many happy memories with their family and 4 grandsons, that know how proud their “Papa” was of them because he always spent time talking with them and telling them that he loved them. Ken and Myrna moved “back to town” in Graham in 2017 and just recently moved to Burleson, Texas to be close to their daughters.

Ken was inducted into the Hardin-Simmons Cowboy Hall of Fame (‘95) and Big Country Athletic Hall of Fame (’12). He was a member of TSTA, TRTA, and the Cowboy Church Gatherin’.

One of his grandson’s interviewed him for a project and when asked ‘What is the most important thing that kids should learn today?’ His answer was, “2 things, number 1, Jesus Christ gave his life for our sins, and number 2. Everybody should learn how to get along with each other.” His family rejoices that he is with Jesus now.

Ken was preceded in death by his parents, James and Rosie Ford, and by his brother, John T. Ford.

To send flowers to the family in memory of Kenneth Carrol Ford, please visit our flower store.