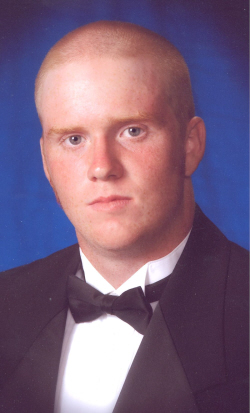 Kensy Parker, 27, passed away Thursday, January 26, 2017 in Graham.  A Memorial service will be held Sunday, January 29, 2017 at 2:00 p.m. in First Baptist Church in Graham.  Arrangements are under the direction of Morrison Funeral Home.

Kensy was born July 20, 1989 in Graham to Joey Parker and the late Tammy Davidson.  He graduated from Graham High School and attended Austin Community College.  Kensy was a self employed carpenter and construction worker.

Survivors include; sisters, Kelsy Ehmann and husband Andrew of Fort Worth and Katlyn Davidson of Graham; grandmothers, Shirley Hodges of Graham and Linda Kinsey of Olney; also surviving are several aunts, uncles, and cousins.

To send flowers to the family in memory of Kensy Parker, please visit our flower store.
Send a Sympathy Card