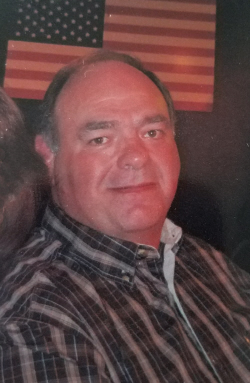 Kevin was born September 23, 1960 in Richmond, CA. to Frank P. Jones and the late Betty Jean Evans Jones. He graduated from Graham High School and was a member of the Church of Christ. Kevin was employed with Texas Almet in Arlington, TX where he was an engineer and programmer.

Kevin enjoyed spending time with his family and friends. His grandson Hunter, was the light of his life. He took great pleasure in spending time with his close friends in the outdoors, whether it was at the beach enjoying the sunsets, fishing for the big one or the overnight hunting trips. He was also an avid member of the NRA and a proud American. His greatest passion was for his wife Susan "the love of his life".

In Kevin's memory in lieu of flowers donations may be made to the Bob Woodruff Family Foundation at www.bobwoodrufffoundation.org.

To send flowers to the family in memory of Kevin Jones, please visit our flower store.
Send a Sympathy Card