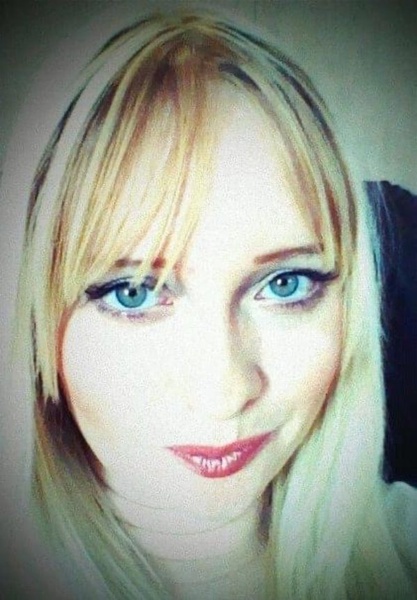 Krysta Lynn Kennedy, 37, passed away Friday, April 8, 2022 in Denton.  Funeral services will be held Saturday, April 16, 2022 at 2 p.m. in the Country Road Fellowship Church.  Burial will follow at Finis Cemetery in Jack County under the direction of Morrison Funeral Home.

Krysta was born August 30, 1984 in Dallas to Cindy Ann Kennedy Davis. She spent her younger adolescent years in Lewisville then Little Elm where she graduated from Little Elm high school. Despite living in different cities throughout her life, She made sure that everyone knew she was from Little Elm and would one day return to Little Elm. She loved gymnastic’s and baton and was a Little Elm high school cheerleader. She formed an unbreakable bond during her time there with her other half, Shanon. Her sister from another mother as Krysta would say. Krysta was very outgoing and friendly. The true meaning of the term “Life of the party”. She loved whole heartedly and there wasn’t anything she wouldn’t do for anyone. Krysta was truly one of a kind and lived to the beat of her own drum. Krysta could be very sassy and loved calling her memaw with some outlandish story she would make up. Only to tell her it was a joke 2 hours later. She had two children, her daughter Mia (Mija) first then her son Jonathan (Pa). Her children where her light, and her world. Krysta was an only child so of course she was always her mothers, Cindy, little baby. Till the day of her passing she still called her “Mommy” or “Mommy Dearest”. That was their inside joke. Krysta met “her Kristian”, as she called him, in 2014 where they became inseparable. They moved to Sanger and joined families to make one. Krysta loved spending time with the kids and could not get enough of watching them dance and laugh. Hearing the kids giggle and laugh always put a smile on her face. Krysta Lynn Kennedy loved with everything she had, and will deeply be missed.

She was preceded in death by her uncles, Bart and Brett Kennedy and her pepaw, Bob Kennedy.

Visitation will be held Saturday from 1 to 2 p.m. at Country Road Fellowship.

To send flowers to the family in memory of Krysta Lynn Kennedy, please visit our flower store.