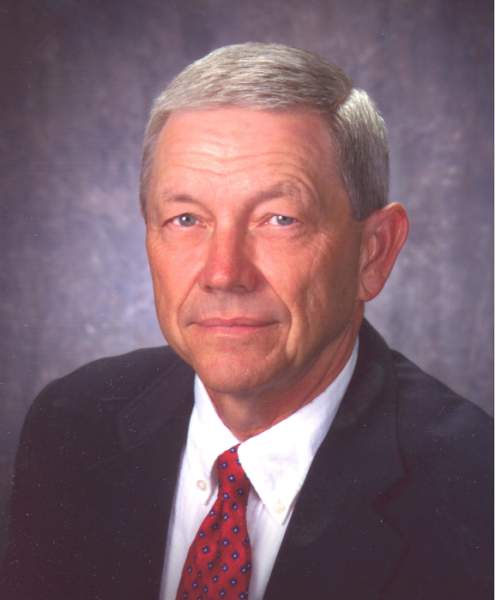 Larry Owen Hulsey - who served as a leader in the oil industry, in government, in his community and his church - died January 22, 2021 at his home in Graham. He distinguished himself as a hard worker who gets things done. His devotion to his work, family, and country earned him the admiration and respect of colleagues from coast-to-coast with his wit, humor, and intellect.

Graveside services will be held Monday, January 25, 2021 at 2:00 p.m. at the Gazebo in Pioneer Cemetery under the direction of Morrison Funeral Home.

He was associated with major and independent oil and gas companies for 12 years prior to forming his own company in Graham in 1977.

Four Texas Governors appointed him to the Interstate Oil and Gas Compact Commission and he served for 18 years. He also served for eight years as the Texas Representative on the Policy Committee of the U.S. Department of Interior's Outer Continental Shelf Advisory Board. He was also named to the Executive Committee of the Texas State University Chancellor's Council.

He moved to Graham in 1973 and he became very active in the Graham community. He served as an Elder in the Presbyterian Church, on the Board of Directors of Graham InterBank, numerous positions with the Graham City Council, the Young County Tax Review Board, and two terms as President of the Graham Hospital Foundation Board.

He and his wife, Gayle, were married in 1964, and had two sons, Glenn and Michael. He is preceded in death by his son, Glenn, and his parents.

Special thanks to Yulonda Jackson, Janice Howard, Phil Fortune, Beyond Faith Hospice, Seniorly Yours and Young County Home Health for all their care during his lengthy illness.

The family requests memorials to be directed to the Humane Society of Young County, the First Presbyterian Church in Graham, or the charity of your choice.

To send flowers to the family in memory of Larry Owen Hulsey, please visit our flower store.