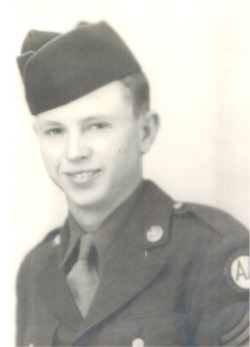 L.D. was born October 6, 1922 in Jack County to the late William A. Thetford and Lona Lynn Thetford.  L.D. was a Veteran of the United States Army in the 552nd Anti-Aircraft and 78th Division where he served in World War II and fought in the Battle of Remagen Bridge, Battle of the Bulge, Battle of the Black Forest, Battle Argonne Forest, and Omaha Beach. He married Verna Coley, December 31, 1954 in Bryson.  L.D. was a self-employed building contractor in Graham for many years and a rancher and stock farmer.

L.D. was preceded in death by four sisters, Ilah, Cleo,Evelyn and Margaret and three brothers, Clayton, Doyle, and Donald.

The family will be at the funeral home Friday from 10:00 a.m. till service time.

To send flowers to the family in memory of L.D. Thetford, please visit our flower store.
Send a Sympathy Card