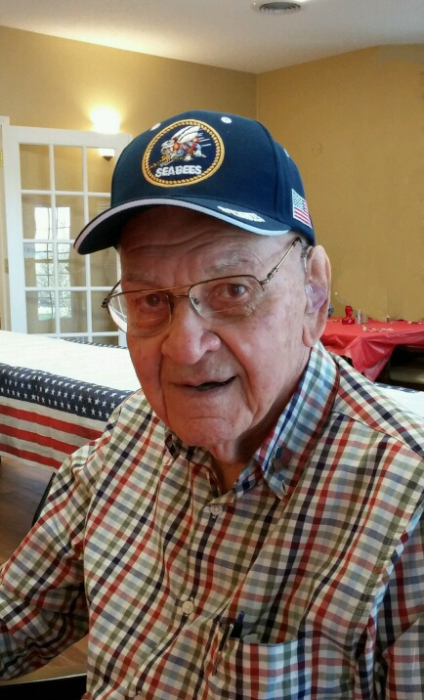 Leroy Goebel was born August 4, 1925 in Arneckeville, Texas.  He died October 7, 2017 in Graham, Texas at 92 years and 2 months.  He was proud of his service in WW II in the US Navy Seabees.  He married Viola Rektorik on July 6, 1947 and considered that the smartest thing he ever did.  She preceded him in death and she will be waiting for him "on the front row in heaven".  He was a strong man who was engaged with life and everyone he met.  He remembered every detail and was learning new things.  If he did not know the answer he would "look it up".

He is survived by his only daughter, Gail Goebel Stephens and her three children and families.  Jarrod and Laura Stephens, Willa and Hattie.  Scott and Natalie Stephens, Charlotte.  Cara and Geoff Dziuda.

He had a kind heart and did everything in life to protect his wife and daughter.  He made strong decisions to the very end.  He was a true gentleman and his grandsons have an amazing example to follow.

At his request, there will be no flowers, no funeral, no memorial.  He will be buried in the family plot in Schulenburg, Texas, next to Vi, at a later date.

If you wish to remember him, do so to first Presbyterian Church Graham or the Young County Animal Shelter.

To send flowers to the family in memory of LeRoy Goebel, please visit our flower store.
Send a Sympathy Card