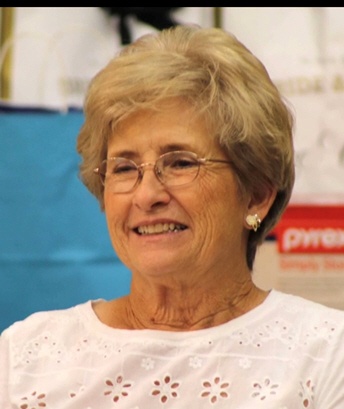 Linda Gayle McFadden, passed away in Graham on Sunday, January 3, 2021. A funeral service will be held on Thursday, January 7, 2021 at 1PM at the Bryson First Baptist Church. Burial will be at Cottonwood Cemetery in Bryson. Arrangements are under the direction of Morrison Funeral Home.

Linda was born on November 29, 1947 in Knox City, Texas to the late J.J. Denton and Willie Avas Chamberlain. Linda married C.W. McFadden on November 7, 1965 in Mexico. Linda was a baker in the Arlington ISD and finished her career with them as Manager of the cafateria at Lamar High School. In 2000, Linda earned her associates degree from Ranger Junior College. After receiving her degree, she worked as a substitute teacher in the Bryson and Graham school districts. Linda was a faithful member of the First Baptist Church in Bryson where she served as Church Secretary and many other capacities.

She is preceded in death by her parents and two sisters, Kay and Karen.

Visitation will be Wednesday evening from 6-8 PM in Morrison Funeral Home Chapel.

In lieu of flowers, donations can be made in Linda's honor to the First Baptist Church of Bryson,
100 S College Ave, Bryson, TX 76427.

To send flowers to the family in memory of Linda Gayle McFadden, please visit our flower store.