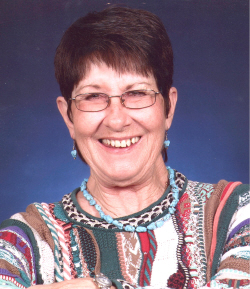 Linda Allen Gregg, 75, passed away Wednesday, April 26, 2017 in Wichita Falls.  A Graveside funeral will be Saturday, April 28, 2017 at 2:00 p.m. in Pioneer Cemetery.  Arrangements are under the direction of Morrison Funeral Home.

Linda was born December 21, 1941 in Joplin, Missouri to the late Odell Elmer Allen and Gertrude Linda Dillon Allen.  She was a resident of Graham most of her life and a member of Cowboy Church of Young County.  Linda was a self-employed caregiver in Graham for several years.

Linda was preceded in death by a daughter Cynthia Joyner.

Family visitation will be Friday from 6:00 to 8:00 p.m. at Morrison Funeral Home.

To send flowers to the family in memory of Linda Allen Gregg, please visit our flower store.
Send a Sympathy Card