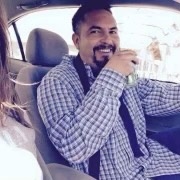 Lorenzo Benites Aguilar, 40, passed away Friday, July 30, 2021 in Jacksboro. Funeral will be 10:00 a.m. Saturday August 7, 2021 at Morrison Funeral Home Chapel. Burial will follow in Pioneer Cemetery. Visitation will be Friday 6:00 to 8:00 p.m. at the funeral home. Arrangements are under the direction of Morrison Funeral Home.

Lorenzo was born on April 29, 1981 in Albany, Texas to Albino Aguilar and Adelina Benitez. He was a longtime resident of Graham. Lorenzo was a former employee of Hub Machine in Graham and was currently a Rock Mason. He was a friend to everyone, he loved his family and would help anyone that was in need.

To send flowers to the family in memory of Lorenzo Benites Aguilar, please visit our flower store.