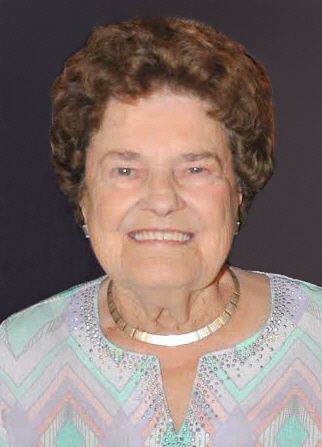 Lurlena “Lena” Weatherbee, 89, passed away Sunday, August 30, 2020 at her daughter’s home in North Richland Hills. Funeral will be Thursday September 3, 2020 at 2:00 pm at Bethel Baptist Church in Graham, TX. Burial will follow in Newcastle Cemetery under the direction of Morrison Funeral Home.

Lena was born August 17, 1931 in the Fort Belknap Community to the late Mary Frances Taylor (Long) and Otto Louis Weiss. Lena married Robert Junior “Pete” Weatherbee, October 1, 1946 in Weatherford. He preceded her in death on October 14, 1996. Lena was a lifetime resident of Graham. She was a long time member of Bethel Baptist Church and Desk and Derrick.

Lena was preceded in death by a daughter, Sandra Riley, a son, Bobby Dale Weatherbee, a great grandson, Leighton Shifflett, and a sister, Joan Sloan.

Memorials may be made to Bethel Baptist Church.

To send flowers to the family in memory of Lurlena "Lena" Weatherbee, please visit our flower store.
Send a Sympathy Card