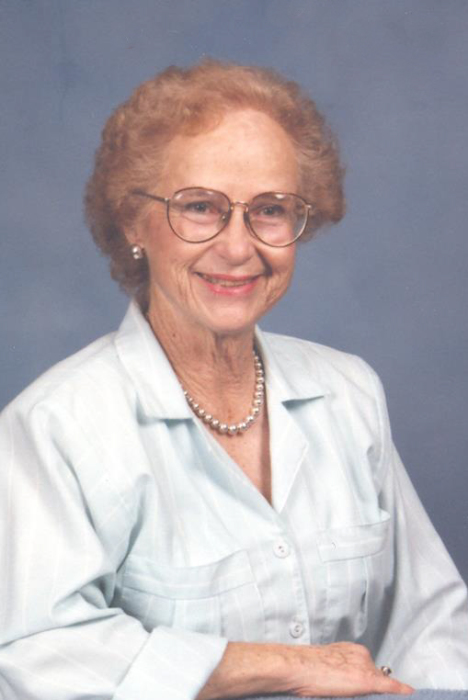 M. Louise Street Witkowski left this world early in the evening on the 12th of December 2018. Louise passed away peacefully at home, in the room directly below the room she was born in 1920. She was surrounded by her son, granddaughter, and two of her very close friends.

Louise lived a very full life. She married Leonard ‘Witt’ Witkowski in 1948. They had two sons, Warren and James. Louise lived in Tucson, AZ for majority of her career teaching at Sunnyside School District. After retiring she returned to Graham. Saying she was active in her community would be an understatement. She was the Director of the Graham Chamber of Commerce from 1987-1990. She acted as Chairperson of the Young County Historical Society in the 1980’s. In 2003 she was named Citizen of the Year. She was also a lifelong member of FUMC Women’s group in both Graham and Tucson. Despite her bad eyes, Louise loved to paint and was a member of the Graham Art Guild. These are just a few examples of the work she did for the community she loved.

She was preceded in death by her parents, S. Boyd & Mabel Street; her son James Witkowski; her brother Spencer Street Jr.; her nephew Spencer Street III; her sister Marjorie Cummings, as well as many other friends and family.

She is survived by her son Warren, daughter-in-law Jacqueline, her grandchildren Sarah & Steven; as well as many nieces, nephews, cousins and many friends and family.

Funeral services will be held Monday the 17th of December at 1:00pm at First United Methodist Church (700 3rd Street Graham, TX). All are welcome!  Burial will follow in Pioneer Cemetery under the direction of Morrison Funeral Home.

In lieu of flowers, please make donations to the Young County Humane Society in Louise’s memory.

To send flowers to the family in memory of M. Louise Street Witkowski, please visit our flower store.