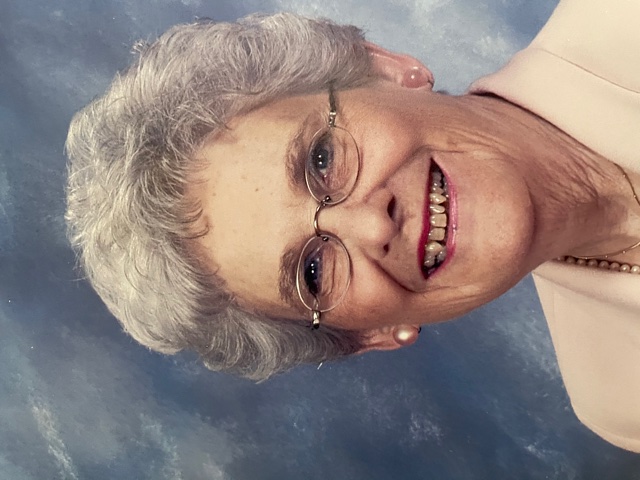 Mary Hart Mobley, 90, passed away in Graham on Sunday, September 5, 2021. Funeral will be Friday, September 10, 2021 at 10:00 AM at First United Methodist Church. Burial will follow in Pioneer Cemetery under the direction of Morrison Funeral Home.

Mary Hart was born on February 1, 1931 in Wichita Falls to the late Louis and Genevieve (Swindells) Hamlett. She married Kenneth Mobley in Wichita Falls, September 9, 1960. She earned a Bachelors Degree from the University of Texas. Mary Hart taught in the Graham ISD for 29 years and also taught in Austin and Wichita Falls. She served as a Stephen Minister and Samaritan at First United Methodist Church. Mary Hart was a proud member of many organizations including Alpha Phi, Delta Kappa Gamma, Daughters of the American Revolution, Texas Retired Teachers, Chautauqua Literary Society, Texas Exes Association, and United Methodist Women.

Visitation will be held Thursday from 5:00 PM to 7:00 PM in the Morrison Funeral Home Chapel.

To send flowers to the family in memory of Mary Hart Mobley, please visit our flower store.
Send a Sympathy Card