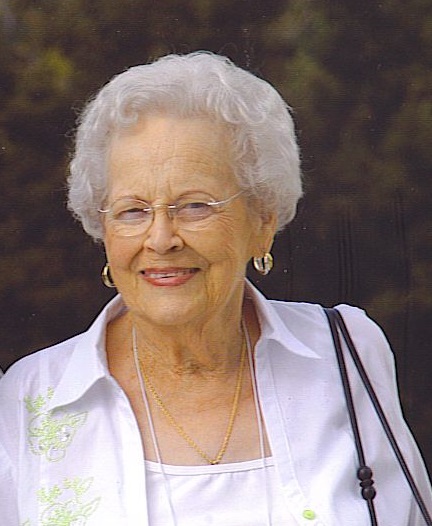 Maureen was born July 10, 1925 in Wichita Falls, Texas, the second child of Emmett and Mae Caskey, and the sister of LG Caskey.  She grew up in Graham Texas, and her formative years were spent as a farm girl during the depression. Her parents were hard-working people with solid values, which she passed down to her children.

On February 5, 1943 Maureen married Jack Sullivan, a Graham schoolmate who had just joined the U.S. Army. She accompanied him to Alliance Nebraska for his training as a glider mechanic. Jack was then shipped overseas and Maureen returned to Graham to await the birth of their first child, Andy, who was born in March 1944. When Jack returned after a two-year service in Europe, the family moved to Fort Worth, and later had two more sons, Darryl (1946) and Tim (1953).

After their sons were grown, Jack and Maureen retired young and moved back to the Graham area, where they built a house on the very farm where Maureen was raised. They lived the life of “gentleman farmers” near Graham for two decades before moving back to Fort Worth. They enjoyed camping, traveling, square dancing, and church work. Above all they personified Christian values, and they imparted invaluable principles to their three sons. Maureen’s love and devotion to her husband was unconditional and inspiring, and she was immensely proud of her sons and their families. She and her husband were both inspiring role models.

Maureen was a strong motivating and moderating force in her family’s life. Although she was a sweet and gentle “southern lady,” she had a strong will and was not shy about imposing it. That being said, all of those in her universe knew her as a sweet grandmotherly type.

The family would like to offer thanks for the wonderful church home our parents enjoyed for many years at South Hills Christian Church in Fort Worth. Encompass Hospice Care offered their earthly angels to lovingly care for her, especially in the last few weeks. We are also grateful for the love and care given to our Mom by the staff at Brookdale Tanglewood Oaks, and we are particularly thankful for the love and compassion given to her by her good friend Lorenza Moore.

In lieu of flowers, the family suggests a donation to the National Multiple Sclerosis Society or the Alzheimer’s Association.

To send flowers to the family in memory of Maureen Caskey Sullivan, please visit our flower store.
Send a Sympathy Card