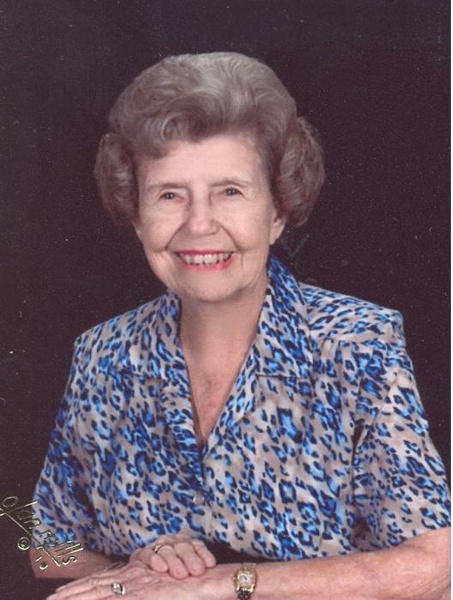 Maurine was born May 7, 1920 in Dallas, Texas to Gertrude Maurine (Gulledge) Davidson and L.L. Davidson. She had two sisters, Martha (Davidson) Hinson and Alyce Marie (Davidson) Bradshaw. She spent her childhood living in Fort Worth, Ranger, Breckenridge, and finally in Graham.

She used to tell stories of going with friends to the National Theater in Graham for only 25 cents and at the time it was the only building in Graham that had air conditioning, so all the teenagers went there no matter what show was on for the treat of air conditioning.

After graduating from Graham High School in 1937, she went to Texas State College for Women in Denton and Southern Methodist University in Dallas to study the Bible, before returning to Graham.

July 15, 1941, she married Winston Pettus. In January 1944, she and Winston bought a house to raise their future family in. Maurine had continued to live in that very house from 1944 until her death, 77 years later. Not many people can say that these days. At the time they bought the house, which is across the street from the high school, it was outside of city limits, hard to believe now.

Maurine and Winston had three sons, Carey, Kent, and Sherrill. After her children were raised, she went to work for the next 53 years. She was begrudgingly forced to retire from working at Davidson Motor Company at the amazing age of 97, only because the company sold, otherwise she would have kept working and working, because she loved it that much.

Since forced retirement she has filled her time with church services at the Presbyterian Church, DAR meetings, twice weekly Bridge games, Chatauqua Literary and Scientific club meetings, and daily meals with family at the Graham Country Club. She was well known to many for her love of flowers, her love of bridge, her beautiful blooming yard, her homemade hot cinnamon rolls, her Christmas Eve waffle tradition, and her homemade Christmas chocolate candy.

To send flowers to the family in memory of Maurine Davidson Pettus, please visit our flower store.