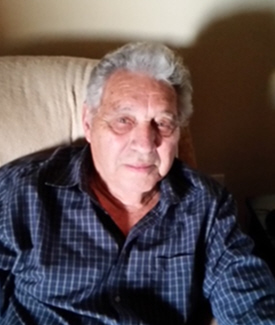 Melvin Glenn Mayes, 89, passed away Monday, December 18, 2017 in Sherman.  A Graveside funeral will be Thursday, December 21, 2017 at 2:00 p.m. in Murray Cemetery in Young County, Texas.  Arrangements are under the direction of Morrison Funeral Home.

Melvin was born August 12, 1928 in Wichita Falls, Texas to the late Boyde Leeke Mayes and Lois (Bryant) Mayes. He was in the military serving in the Marines, Army, and Air Force Reserves.  He married Alice Patricia Davies in 1952 and she preceded him in death in 1965.  He married Mary Ann Harvey January 10, 1969 in Arlington.  Melvin was a former resident of Graham employed at Hexcel Corp.

Melvin was preceded in death by two brothers, Kenneth and Eugene Mayes.

To send flowers to the family in memory of Melvin Glenn Mayes, please visit our flower store.