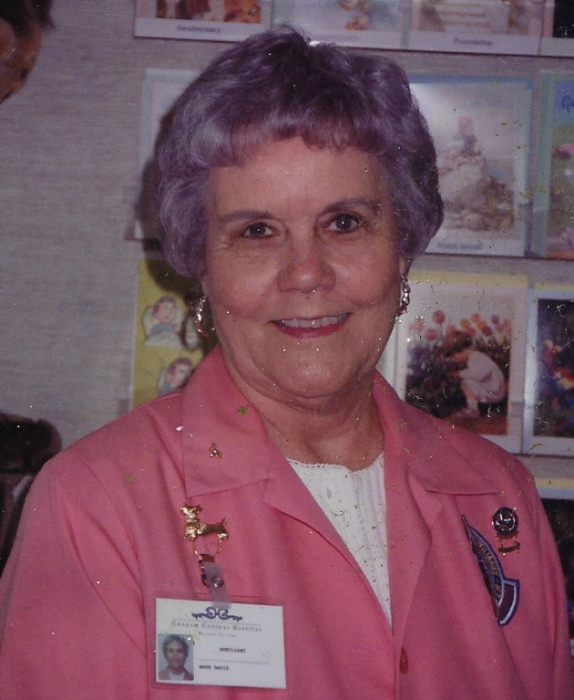 Hote was born March 2, 1928 in Rochester, Texas to the late Arlie "Bud" and Ina Vey (Rea) Clark. She married Virgil Jackson "Jack" Davis, March 22, 1947 in Sweetwater. He preceded her in death on December 3, 1991. Hote moved to Graham in 1957 from Gainesville. She worked for Pat Bryan Insurance and retired from Graham Savings and Loan. Hote was a member of First Baptist Church YAHA Sunday School Class, Graham Regional Medical Center Auxiliary, and Beta Sigma Phi.

Hote was preceded in death by a sister, Ina Bud White.

Family visitation will be Friday from 5:00 to 7:00 at Morrison Funeral Home.

Memorials may be made to Senior Citizens, Meals on Wheels, 825 Fairview St., Graham, Texas 76450.

To send flowers to the family in memory of Meotha Belle "Hote" Davis, please visit our flower store.
Send a Sympathy Card