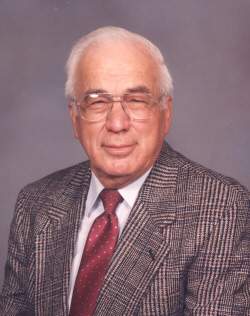 Monroe was born July 25, 1927 in Graham to the late John Thomas and Maudie Mary Carter Robertson. He married Geraldine Brooks, October 30, 1948 in Graham. She preceded him in death on May 20, 2013. Monroe was a veteran of the United States Navy. He was a retired logistics engineer for General Dynamics in Fort Worth. Monroe was a member of First Assembly of God Church in Olney.

Monroe was preceded in death by a brother John T. Robertson, Jr.

Visitation will be Wednesday from 6 to 8 p.m. at the funeral home.

To send flowers to the family in memory of Monroe B. Robertson, please visit our flower store.