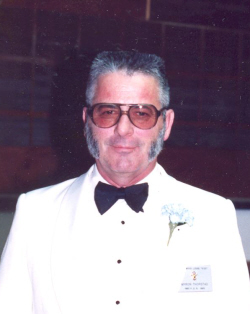 Myron Theodore Thorstad, 83, passed away Sunday, January 15, 2017 in Graham.  Memorial services will be held at a later date under the direction of Morrison Funeral Home.

Myron was born March 20, 1933 in Butternut, Minnesota to the late Lonnie Cornelius and Thelma (Thormodson) Thorstad.  He was a veteran of the United States Army 11th Airborne Division and was married to Marie Jaramillo for 34 years.  Myron worked for Marathon Oil Company and was a life-long endowed member of Benevolent and Protective Order of Elks.  He enjoyed the outdoors, camping, traveling, bowling, elk hunting, and wood working.

To send flowers to the family in memory of Myron Theodore Thorstad, please visit our flower store.
Send a Sympathy Card