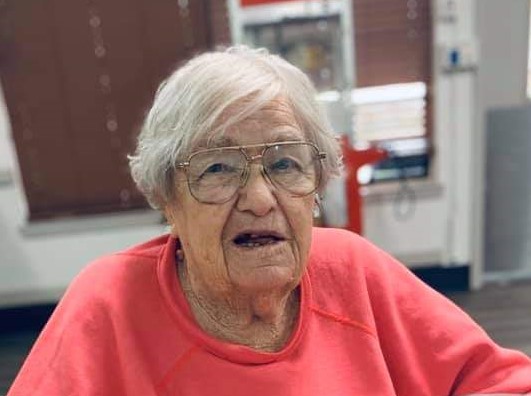 Nellie was born June 9, 1933 in Bryson to the late Martha Bennett Hill and Jess Sanderson.  She married Ben Nolan “Blackie” Gifford.  He preceded her death in 1982.  Nellie and Blackie operated the Phillips 66 Station in Jacksboro for many years.  Nellie was a lifetime resident of Bryson, Texas.

To send flowers to the family in memory of Nellie Gifford, please visit our flower store.
Send a Sympathy Card