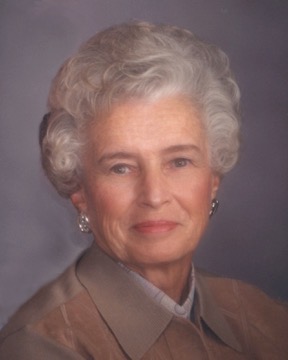 Nina Belle Denny went to live forever with her heavenly Father on May 31, 2020.  She was born July 10, 1930 in a ranch house south of Manville, Wyoming.  Her parents were Ira Alphonso Lamb and Neva Lenore Keister Lamb.  At age 3, her dad traded a milk cow for a 3 year old gelding named Paint.  Nina and Paint grew up together.  She rode him to school and delivered her paper route with him in the small town of Jay Em, Wyoming, located a few miles south of her family ranch.  She attended school with a bunch of boys in Jay Em, as well as Scott High, which was out in the middle of the Wyoming prairie.  When it was time for ninth grade, the family moved to Lusk, the closest high school to the ranch.

Upon graduation she was awarded a scholarship to the University of Wyoming, but her dad said girls didn’t need to go to college.  Nina enrolled herself in the National School of Business in Rapid City, South Dakota and drove up there in an old Dodge power wagon.  After finishing school there, she came back to Lusk to work for the local rural electric co-op.

She met and married William E. Denny (Bill) on December 10, 1950.  His career in the propane industry allowed them to live in Wyoming, Montana, Connecticut, Texas and California.  Through his business dealings, Bill and Nina traveled the world.

Upon Bill’s retirement, Nina and Bill retired to Sun Lakes, Arizona, where they spent the next 25 years golfing and traveling.  Bill preceded her in death in 2012.

She was the queen of casseroles and managed the house finances with precision.  Nina was fiercely loyal to her husband and children.  She was beautiful, smart and had a ready wit.  Over the years, she volunteered in the hospital auxiliary, Spastic Children’s League, and helped build two churches.  She kept her kids in line by stomping her right foot.

To send flowers to the family in memory of Nina Belle Denny, please visit our flower store.