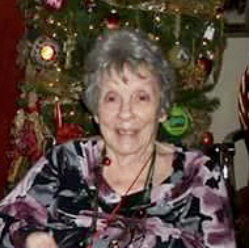 Norma was born November 13, 1936 in Graham to the late Miles Alvin and Willie Norma Roberts Parrish.  She graduated from Graham High School and later married Jimmie Cornell, December 7, 1957.  He preceded her in death on January 12, 1997.  Norma was a former resident of Graham, Irving, and Granbury.  She was a retired telephone operator and later a phone receptionist.  She loved spending time with her family and had a love for animals of all kinds, she loved gardening and the outdoors.

Norma was preceded in death by a son, Kevin Cornell and a sister, Mattie Lee Barker.

To send flowers to the family in memory of Norma Aline Parrish, please visit our flower store.