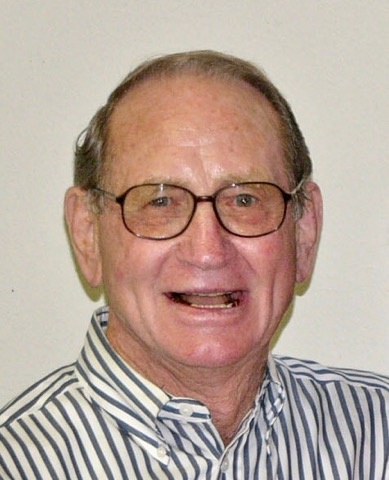 Ottis Lee Mullin, 92, of Graham passed away Friday, June 28, 2019. Visitation will be Monday, July 1, 2019 at Morrison Funeral Home from 6 pm to 8 pm. A Memorial Service will be Tuesday, July 2, 2019 at the Eastside Church of Christ in Graham at 10:00 am. Graveside service will be Wednesday, July 3, 2019 at 10:00 am in Dreamland Cemetery in Turkey, Texas followed by a celebration service at the Church of Christ in Turkey at 11:00. Arrangements are under the direction of Morrison Funeral Home.

Ottis was born in Turkey, Texas on May 12th, 1927 to William Bert Mullin and Gracie Eugene (Pierce) Mullin. He was raised in Turkey, Texas and graduated from Turkey High School. Ottis was a World War II veteran where he served in the United States Army as part of the European occupational force. After returning to Turkey, Texas he met and married Rita Mc Alister, on August 18th, 1954 in Carlsbad, New Mexico. He was a water well driller and cotton farmer until he relocated to Graham, Texas in 1984. He then worked as a landman until he retired. Ottis was a member of the Eastside Church of Christ in Graham. He will be greatly missed by his family and friends.

Survivors include his wife of 64 years, Rita Mullin of Graham; sons, Brent Mullin and his wife Laura of Graham, Norman Mullin and wife Connie of Amarillo; daughter, Jena McClaine and husband Stephen of Midland; nine grandchildren and twenty-two great grandchildren.

In lieu of flowers the family suggests memorials to Beyond Faith Hospice or donor’s charity of choice.

To send flowers to the family in memory of Ottis Lee Mullin, please visit our flower store.
Send a Sympathy Card