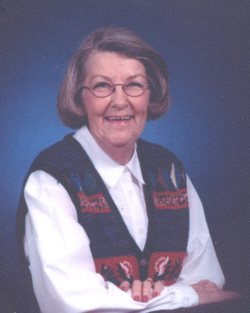 Pat Spencer, 86, passed away Monday, March 20, 2017 in Graham. A Graveside funeral will be held Wednesday, March 22, 2017 at 11:00 a.m. in Restland Cemetery in Olney, Texas. Arrangements are under the direction of Morrison Funeral Home.

Pat was born June 27, 1930 in Newcastle, Texas to the late Richard Parker Robertson and Lula Mae Kemp Robertson. She married Billy Mac “Bill” Spencer, August 9, 1952 in Eunice, New Mexico. He preceded her in death on December1, 2008. Pat moved to Graham in 1975 from Albuquerque, NM. She was a Homemaker and worked at Triangle True Value, Graham Wholesale Floral and Boaz Department Store. She was a member of the Church of Christ.

Pat was preceded in death by brothers, Richard, Harry, and Larry Robertson and a sister, Suella Allison.

Memorials may be made to Beyond Faith Hospice or Foster's Home for Children in Stephenville.

Visitation will be held Tuesday from 6 to 8 p.m. at the Funeral Home.

To send flowers to the family in memory of Pat Spencer, please visit our flower store.