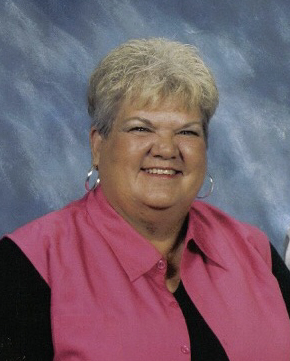 Peggy Dean Wallace Marshall went to her heavenly home on Thursday, May 23, 2019. Peggy, known to most as Gran, passed peacefully in her home surrounded by family. Funeral services are to be held on Sunday, May 26, 2019 at 2:00 PM at Morrison Funeral Home Chapel. Burial will follow at Pioneer Cemetery.

Peggy was born on December 29, 1947 to Sam and Elsie Wallace. She grew up in Burkburnett, TX and was the youngest of ten children. She moved to South Bend, TX and met the love of her life, Jimmy, at age 14. At only age 17, Jimmy and Peggy eloped in Villa Acuna, Mexico. Despite being told that they would never make it, the couple was married for 53 years and has shown their family true love and companionship. Together, Jimmy and Peggy raised two children, Jimmy and Cindy, and ran their business, Marshalls's Truck and Auto in Graham. Peggy was a member of First Baptist Church, where she has served in the choir and loved her Sunday school class. She instilled faith and the love of the lord into her family, home, and those who came in contact with her. Gran spent her life serving her family. She worked to ensure that her loved ones needed for nothing. She had a true passion for giving to others and often did so through quilting. Her other true passion was caring for her babies. She helped raise her grandchildren and great-grandchildren. She was always present no matter her health condition and was her kids' biggest fan.

Memorials may be made to First Baptist Church of Graham Children's Ministries, 620 Fourth St. Graham, TX 76450.

To send flowers to the family in memory of Peggy Marshall, please visit our flower store.
Send a Sympathy Card