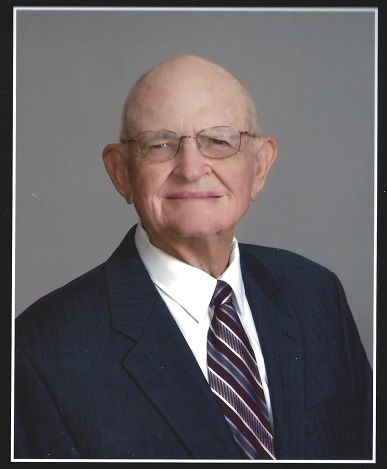 Rex Milton Eubanks, 89, formerly of Graham passed away Friday, April 24, 2020 in Eastland, Texas.  Graveside funeral will be 2:00 p.m. Monday April 27, 2020 in Pioneer Cemetery.  Arrangements are under the direction of Morrison Funeral Home.

Rex was born October 15, 1930 in Breckenridge, Texas to the late Grace Embrey Eubanks and L. A. Eubanks.  Rex married Jo Dell Bell, September 9, 1950 in Breckenridge.  He moved to Graham in 1972 from Breckenridge.  Rex was retired as manager of Southern Union Gas in Graham after 41 years of service.  He was a member of First United Methodist Church Graham and the Circuit Riders Sunday School Class.  Rex enjoyed fishing, visiting with friends and telling long stories to his children, grandchildren, great grandchildren or anyone he could share a cup of coffee with.  He was an expert handyman and loved fixing anything he considered broken.  Rex was loved by many and will be missed by many.

Rex was preceded in death by four brothers and one sister.

To send flowers to the family in memory of Rex Milton Eubanks, please visit our flower store.
Send a Sympathy Card