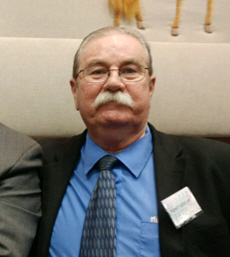 Richard was born September 24, 1951 in Haskell to the late William Oris and Laura Alice (Sellers) Irvin.  He married Lynn Marie Howe April 10, 1979 in Haskell, Tx.  Richard worked in the oilfield for many years and was one of Jehovah's Witnesses.  Rick was known to many in Graham as a kind and friendly man that loved his wife, family and his community.  All though he was plagued with many serious health problems, he joyfully spent his time talking to others about the Bible hope for a bright and sure future where sickness, sorrow, death and pain will be gone forever.

He was preceded in death by sisters, Darlene Swinny and Mayme Gee and brother, Sonny Irvin as well as great grand-daughter Zahnay Bee Elizalde.

To send flowers to the family in memory of Richard Wayne Irvin, please visit our flower store.