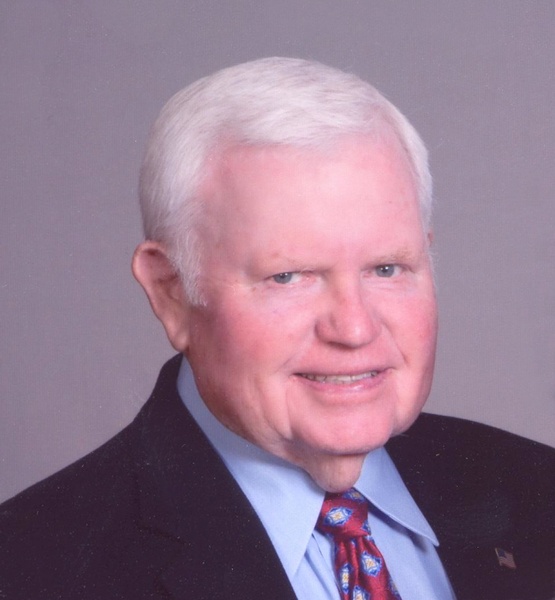 Richard G. Ligon, 83, passed away Tuesday, November 19, 2019 at his home in Graham. Funeral will be 2:00 p.m. Saturday, November 23, 2019 at First United Methodist Church. Burial will follow in Loving Cemetery under the direction of Morrison Funeral Home.

Richard was born December 15, 1935 in Graham to the late Sam Phillip and Sarah Bula (Rowley) Ligon. He was raised in Loving, Texas where he attended school until the 5th grade. After moving to Graham schools Richard met Bobbie Lou. Following college graduation, he and Bobbie fell in love and were married on June 26, 1959. Richard and Bobbie pursued their professions and raised their children away from Graham, but returned 50 years later to retire. For Richard Ligon agriculture has been a way of life. He has been involved in every aspect of the beef industry from ranching to beef processing to the consumer food industry. He earned B.S. and M.S. Degrees in animal science from Texas Tech in 1958 and 1960. He was a member of the Livestock Judging Team while a student and later was instrumental in establishing the Stanley E. Anderson Livestock Team Scholarship. He served as a First Lieutenant in the Oklahoma Air National Guard for ten years. He served in 1969 as the first apprentice manager of the JA Land & Cattle Company for Montie Ritchie, the owner. The ranch is one of the largest ranches and oldest private cattle companies in Texas.

Ligon worked in the Beef division of Wilson Company, Inc. in Oklahoma City and other mid-west cities. He was beef processing manager from 1970 to 1973. He was president and general manager of Anderson Meats and Provision, Inc. in Oklahoma City from 1973 to 1975. The company was a major supplier for McDonald's Corporation. In 1975 he became executive vice-president and general manager of Cattle Development Corp., Inc. in Amarillo, also a major supplier to McDonald's.

In 1982, Ligon purchased a McDonald's Restaurant franchise in Plainview, Texas, which he and Bobbie, his wife, owned for the next 20 years, until they retired and moved to Graham.

Ligon always found time to help the community. He and two others were instrumental in establishing a Ronald McDonald House in Lubbock. He served on the board from 1984 to 2007. His dedication prompted the establishment of the Richard Ligon Ronald McDonald House Service Award. He received the inaugural award. He was active in MCDonald's Corp., serving as chairman of the Regional Purchasing committee. He was awarded the Ronald McDonald Award in 1988.

While living in Plainview, he was president of the Chamber of Commerce, served as United Way president, fund drive chairman and budget chairman. He was Hale County Stock show president and sales chairman. He co-chaired the Wee Care Child Care Center Drive in Plainview and was a board member of the Hospice of the Plains. Richard was involved in Rotary Club International, being a Paul Harris Fellow. He served on the Plainview-Hale County Foundation and on the boards of two local banks. He was founding board member of Operators Reinsurance Co., which provides insurance to Texas McDonald's operators. He was named Plainview Man of the Year in 1990. Other honors include the Francis Asbury Award for the Northwest Texas Methodist Annual Conference, the Ray J. Diekemper Lifetime of community Service Award and the West Texas Spirit Award. He is Texas Tech Wesley Foundation board Member Emeritus.

Since retiring and moving to Graham Richard was an active member of First United Methodist Church. He continued to serve on the Texas 4-H Youth Development Foundation, 2000 to 2016. He also served on the NCTC Advisory Board, Young County District Soil and Water Conservation Board, Senior Citizen Board, and Graham Regional Medical Center Hospital Auxiliary.

Ligon has remained loyal to his alma mater. He was President of the Texas Tech Alumni in 1997 and served on the advisory board for several years. He was president during the planning and construction of the Frazier Alumni Pavilion. He served as a board member of the Texas Tech Foundation, 2000 to 2012. Ligon was named Distinguished Alumnus of the College of Agriculture Sciences and Natural Resources in 1997 and Distinguished Alumnus of Texas Tech University in 2007. He received the Gerald W. Thomas Outstanding Agriculturist Award for Agribusiness in 2008.

Richard was preceded in death by a brother, Robert E. Ligon and infant sister, Anita Louise.

The Family asks that Memorials be made to; First United Methodist Church of Graham, Senior Citizen Center of Graham, or Ronald McDonald House in Lubbock.

Our special thanks and love to Beyond Faith Hospice and loving caregivers, Ann Downing, Relin Upton and Jamie Sims.

To send flowers to the family in memory of Richard G. Ligon, please visit our flower store.
Send a Sympathy Card