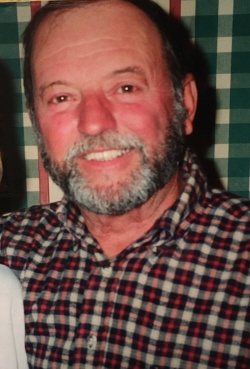 The lifelong Graham resident is survived by his wife of 50 years, Kitty Gragson Rosser; brother Virgil and sister-in-law Bebe Rosser of San Antonio; sister Mary Beth Roye of Waxahachie; daughter and son-in-law Emily and Sam Jackson of Richardson, daughter and son-in-law Jennifer and Scott Porter of Destin, Fla.; daughter and son-in-law Katherine and Casey Griffin of Lantana; granddaughters Sloane, Libby, and Emma; grandsons Nathan, Jack, Will, and Owen; and countless friends. He was preceded in death by his father Dr. V.O. Rosser, Jr. and mother Hattie Lucile Gowan.

After graduating from Graham High School and attending the University of Texas and Midwestern State, Richard served as an air traffic controller in the U.S. Air Force. His passion for flying led to a 26-year career as a pilot with Trans World Airlines. In his free time, if he wasn’t piloting friends and family around the skies over Young County, he enjoyed serving as an honorary air marshal and air traffic controller at air shows across the Southwest.

After his retirement, Richard stayed active with a plethora of hobbies. He loved camping with friends, golfing, working cattle at his ranch, and boating on Possum Kingdom Lake. A passionate animal lover, Richard became a devoted benefactor of the Humane Society of Young County.

Funeral services are scheduled for 4 p.m. Thursday at Morrison Funeral Home in Graham, with graveside services to follow at Pioneer Cemetery in Graham. Memorials may be made to the charity of your choice or the Humane Society of Young County.

To send flowers to the family in memory of Richard Malcolm Rosser, please visit our flower store.