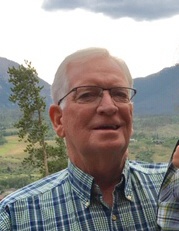 Bob was born July 28, 1945 in Peru, Indiana to the late Wilbur Eugene and Cora Marion (Plothow) Clark. He married Shirley Roberts March 26, 1981 in Wise County. Bob retired after 38 years from Zack Burkett Company as an accountant and he was a member of Salem Crestview United Methodist Church. Bob was an avid athlete, who loved sports, riding his motorcycle, watching NASCAR and Indy car racing and loved being outside.

He was preceded in death by a sister, Mary Ann Allman.

The family would like to give a special thanks to Solaris Hospice.

Memorials may be made to St. Jude Children's Hospital or your favorite charity.

To send flowers to the family in memory of Robert "Bob" Clark, please visit our flower store.