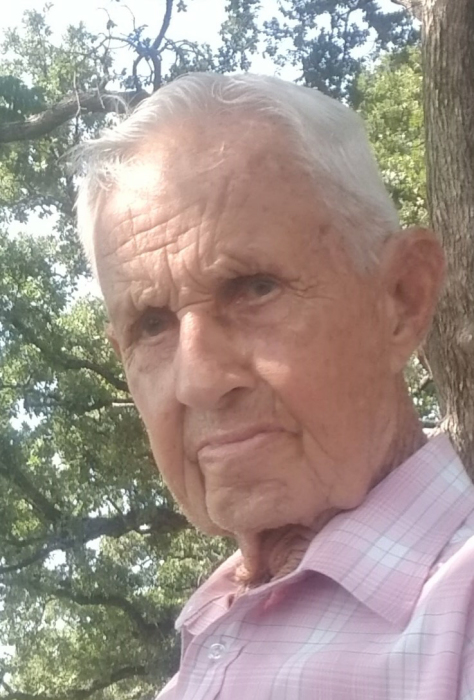 Robert Edward "Bob" McClanahan, 97, passed away Wednesday, December 16, 2020 in Fort Worth.  Graveside services will be held Monday, December 21, 2020 at 11:00 a.m. in Pioneer Cemetery under the direction of Morrison Funeral Home.

Bob was born May 21, 1923 in Graham to the late Robert William and Ollie Sue (Rodgers) McClanahan.  He was a veteran of the United States Army.  Bob married Rosemary Pearl Martin June 20, 1953 in Graham and she preceded him in death April 21, 2017.  He retired from Hexcel in Graham and had a lawn service until he was 90 years old.  Bob loved his garden especially his cayenne peppers and when he was younger he enjoyed playing baseball, basketball, golf, hunting, fishing and summer vacations in the mountains.

He was preceded in death by sister, Mary Botkin and brothers, J.W., John, Roger, Howard, Leonard, and Durwood.

To send flowers to the family in memory of Robert Edward "Bob" McClanahan, please visit our flower store.
Send a Sympathy Card