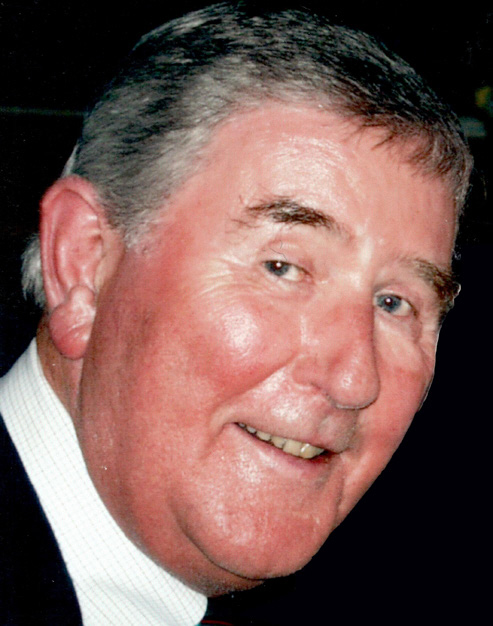 Robert Charles Foley (Bob) left us on March 13, 2021 to meet the love of his life, his wife Irene, for a great tee
time on a heavenly course. He was born on December 1, 1935 in Patterson, New Jersey to Florence and Charles
(Charlie) Foley.

He was preceded in death by his beloved brother Tom Foley and sister Claire Mocek.

Bob graduated from Seton Hall University, and served his country in the US Army. In 1958, Bob married Irene
Rutherford and they raised four successful children Robin, Chuck, Amy and Paul. Bob was the consummate
salesman who moved his young family across the country in 1969 from Clifton, NJ to Graham, Texas to become
National Sales Manager for Graham Magnetics; over time he rose to Executive Vice President while growing the
company and creating jobs for many Grahamites. In 1973, Bob founded his own company, Media Recovery Inc.,
again building opportunity within his own community. Media Recovery was a pioneer in the magnetic tape and
printer ribbon industry and created many leading technologies such as ShockWatch, a product to revolutionize
the transportation industry. Bob took great pride in creating many jobs in Graham and thousands across the
USA.

Bob loved music and knew the words to most of Neil Diamond’s and Willie Nelson’s music catalogues, but he
had a special place in his heart for Frank Sinatra’s ‘My Way’. Bob did things his way.

Family was the most important thing in Bob’s life and his greatest joy was spending time with his children,
grandchildren and great grandchildren. He loved to go on cruises and visit family at the Jersey Shore. He was an
avid golfer (as was Irene) and loved to watch sports of all varieties.

For over 4 years he has lived in Dallas, Texas with Robin and has become a neighborhood star holding court
many Thursday nights in the front yard with neighbors.

Bob is survived by his daughter Robin, her husband Ralph, their children Misty, with great grandson Wilder,
Nicholas, Zachary and Lucas, with wife Olivia; his son Chuck with sons Andrew and Alex and daughter Jenifer
with great granddaughters Grace, Ellis and Maya; daughter Amy and husband Trey with sons, Will, John Paul
and Graeme; and son Paul with wife Erin and daughters Emerson and Eleanor and son Jack.

My friends, I’ll say it clear,
I’ll state my case, of which I’m certain.
I’ve lived a life that’s full,
I traveled each and every highway.
And more, much more than this, I did it my way.

To send flowers to the family in memory of Robert C. Foley, please visit our flower store.
Send a Sympathy Card