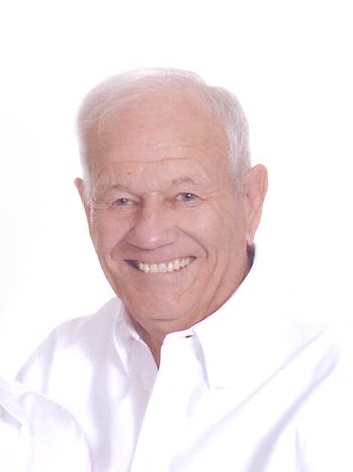 Bob was born August 13, 1933 in Fremont, Ohio to the late Hugh Esker and Almeda (McDaniel) Ingram. He quit school in the 8th grade to work for the family. He met Peggy Odom and married her on February 21, 1953 and they began Ingram Texaco in 1955 on Fourth Street. He started H.I.M. Producers, an oilfield company, in 1957. He retired from the station in 1980, and from his oilfield company in the early 90's. He and Peggy then worked on the farm and travelled with their grandchildren. He was always honest and fair to everyone. Bob had the most infectious smile. He was a member of Faith Baptist Church.

The family would like to express a special thanks to the caregivers of Seniorally Yours, including Olida Kennedy-Price, Trish Hester, Mallory Grooms, and Robin Breeden.

To send flowers to the family in memory of Robert Joseph Ingram, please visit our flower store.
Send a Sympathy Card