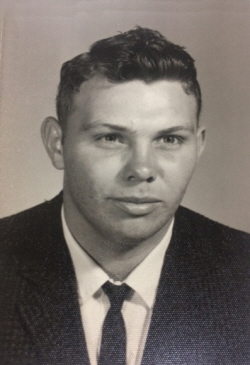 Robert R. Mooneyham, 67, passed away Saturday, December 17, 2016 in Wichita Falls.  A graveside funeral will be held Friday, December 23, 2016 at 11:00 a.m. in Eliasville Cemetery in Eliasville, Texas.  Arrangements are under the direction of Morrison Funeral Home.

Robert was born December 8, 1949 in Graham to the late Charley B. and Margurite (Washburn) Mooneyham.  Robert graduated from Breckenridge High School and attended Abilene Texas Plumbing School here he received his Master Plumber license.  He was a lifetime resident of Young County and a member of Church of Christ in Breckenridge.

To send flowers to the family in memory of Robert R. Mooneyham, please visit our flower store.
Send a Sympathy Card