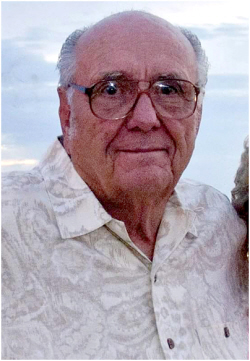 Ron C. Wickson, age 79, of Possum Kingdom Lake and formerly of Seminole Texas, on June 30th, 2017 in Wichita Falls, after a brief battle with cancer, was called home to be with his Lord and Savior, with assurance from, Romans 8:38-39 that nothing can separate us from the love of God in Jesus Christ our Lord.

Ron was born July 16, 1937 in Eunice New Mexico to Zora and C.D. Wickson Sr. He had one brother C.D. Wickson Jr.  Ron lived in Seminole Texas for 62 years before he retired to Possum Kingdom Lake for the past 17 years where he loved lake life, his time with Susie and neighbors of PK.  He had a wonderful time taking pictures of wildlife and zoo animals in Fort Worth, http://www.ronwicksonphotography.com and enjoying the community of Graham, Kiwanis Club, the Art Guild, his photography friends, and his church family at Westlake Chapel.

Growing up in Seminole, Ron spent lots of time with his friend, Baron Dennis exploring cameras, developing their own pictures, and making their own ski boat.  That was a wonderful time in his life and he spoke of it often.  After high school he attended Texas Tech University for 2 years, and then was drafted to the Army in 1960 where he served in Germany for 2 years.  He wrote letters to his parents during that time and looked forward to seeing them again soon, but he loved the beautiful countryside of Europe and enjoyed taking pictures and seeing much of Europe on his off days. A camera has been in Ron’s hand at every turn of his life.

After returning to Seminole in 1962, he met Susie Hawkins, fell in love and soon married.  They married in January of 1963. In the coming years, Ron worked in farming before starting a career of construction.  Along the way, his two daughters were born, Jessica and Teresa.  In 1968, after exploring the building world of campers as a side job, he decided to make it a career by creating Campsite Manufacturing and building campers and motorhomes.  This was a very successful and exciting time in his building career and the company grew to have distributors in several states.  When the energy crisis hit in 1976, he sold the business and began Wickson Builders. He met Ron Adam, who became his foreman, and they had a wonderful working relationship developing a strong friendship bond.  He loved Ron Adam and his family dearly.  As the owner and general contractor, with Ron Adam by his side, he built homes, offices, churches and many many buildings all across Seminole, Andrews, and Denver City, and Brownfield. He loved construction and building something from the ground up and seeing the finished product. Other leadership roles he held were President of Chamber of Commerce in Seminole and President of Kiwanis of Graham, and taught Photography classes in Graham for several years. He loved helping and teaching people.  Later he took his construction and drafting skills on to Possum Kingdom Lake during his retirement years to serve his church and local builders.

Studying God’s Word and serving his church was an important part of his daily life.  Ron was a deacon and Sunday school teacher at First Baptist Church of Seminole for many years and then at Westlake Chapel of Possum Kingdom Lake. He loved his church families and looked for ways to honor God with his construction knowledge, his leadership and by teaching others God’s word.

Throughout Ron’s life, his love of the water and boats and particularly the ocean was obvious. He especially loved taking his photography into the ocean where he captured pictures of sea life and his family and friends enjoying this beautiful world.  He said, “Pictures tell a story and should capture the emotion of that moment”, and “God has a sense of humor, just look at all the different colors of the fish in the ocean”. With his underwater photography, he wanted to share the beauty of the world down under that land lovers had not seen.  He often taught diving classes helping others to become certified Scuba Divers so they could enjoy this beautiful world he loved. The Cayman Islands was Ron and Susie’s favorite getaway and they spent many many summer vacations there together with family and friends making beautiful memories.

One of Ron and Susie’s favorite things to do was to travel the countryside taking pictures.  Ron would take the pictures and Susie, an artist would paint them.  This was a very special thing they shared, the love of art through photography and painting. Ron entered many of his photos in local contests and received several awards and sold many photographs but his family will cherish the thousands of candid memories he captured of family.  The love of his family is so evident in photos.

He is survived by his wife, Susie Wickson; his daughter Jessica and her husband Derek Ballard of Texarkana TX; his second daughter Teresa and her husband Jay Kidwell of Mount Pleasant TX.  Five grandchildren:  Daniel Chappell of Cedar Park TX, Josh Chappell of South Austin TX, Lauren Jones and her husband Garret of Live Oak TX,  Autumn and Katy Kidwell of Mount Pleasant TX.  Three step-grandchildren: Amanda Graham of New Boston TX and her husband Terry; Christopher Ballard of Arlington Texas and wife Cheri, and Brandon Ballard of Wake Village TX and wife Dori.  He has one great-granddaughter Evelyn Claire Chappell and four step great-grandchildren Jaxon Allen, Ella Graham, and Brooklyn and Baylen Ballard.  He is also survived by his church family at Westlake Chapel, Kiwanis Club and friends of the Art Guild and Photography Club who he has cherished dearly along with special friends Richard Watts, Dwayne Herman, Ron Adam, Terry Jefferies, Gary Riley, and many many others to long to list.

Visitation will be Saturday July 1, 2017 from 5:00 to 7:00 p.m. at Morrison Funeral Home in Graham, TX. Funeral Services will be held on Sunday, July 2nd, at 2:00 pm, at Westlake Chapel, 701 FM-1148, Graham, Texas on the west side of Possum Kingdom lake officiated by Gary Riley, Pastor.  Graveside services will be Monday, July 3, 2017 at 10:00 a.m. at the Gaines County Cemetery in Seminole, Texas where he resided for 62 years.  For further details contact Morrison Funeral Home of Graham Texas or Ratliff Funeral Home of Seminole Texas.

The family of Ron would like to thank the hospital staff at Graham Regional Hospital of Graham TX, United Regional of Wichita Falls TX, and Hospice of Wichita Falls that provided amazing love and care during his illness and exemplified compassion and above and beyond care. Memorial donations are suggested to: Hospice.

Ron was known for serving God with kindness and unending patience and being a true friend.  He looked for ways to serve others with his leadership, as a builder and draftsman, or just being a good citizen by loving one another and helping people.  He took great joy in showing his family all the amazing things God created on this earth for our pleasure; such as, the underwater world of scuba diving, and the beautiful places he visited.  Family will cherish his amazing photographs, his sense of humor, the stories he told and funny little sayings, and are thankful for all the photographs he captured of special family moments, as he saw them, through his lense.

To send flowers to the family in memory of Ron C. Wickson, please visit our flower store.