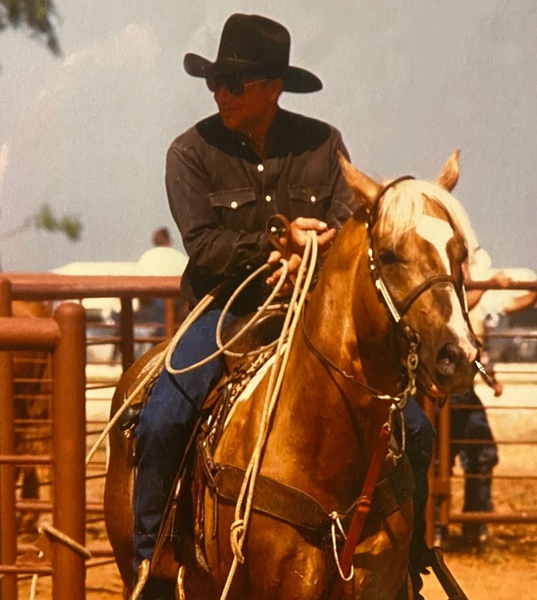 Ronnie “Sid” Snow, 75, passed away Saturday, December 18, 2021 at his home in Graham. Funeral will be 2:00 p.m. Wednesday, December 22, 2021 at Cowboy Gatherin Church. Burial will follow at Medlan Chapel Cemetery in Young County. Arrangements are under the direction of Morrison Funeral Home.

Sid was a lover of life and family and was adored by all that surrounded him. He had a deep passion for the western lifestyle and the freedom it affords. His door was always open to anyone needing a meal or a place to lay their head. Sid taught valuable practical skills to those who frequented the barn. Lessons consisted of roping and training, mechanics, and rebuilding or repairing anything that would take a welding rod. Ronnie’s world revolved around family and friends. Later in life his grandkids were his main focus; “Tadpole”, “Watermelon”, “Pistol”, “CJ”, “Little Matt”, and “Wyatt”, as they are affectionately named could at anytime put a smile on his face. Sid affected the lives of many and never required anything in return but the honesty of a handshake or authenticity of one’s word. He was loved by all and will be dearly missed.

Sid was preceded in death by wife Carolyn Snow, parents and a brother G.W. “Gerb” Snow.

Family Visitation will be Tuesday from 6 to 8 p.m. at Morrison Funeral Home.
At Medlan Chapel Cemetery the family invites Sid’s buddies to bring their brand to be put on his casket.

To send flowers to the family in memory of Ronnie "Sid" Snow, please visit our flower store.