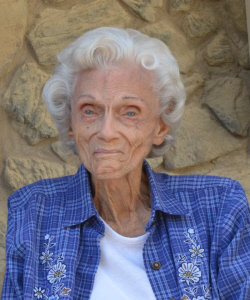 Rosemary was born June 27, 1921 in Electra to the late William and Eva (Sewell) Martin.  She married Robert McClanahan June 20, 1953 in Graham.  Rosemary was a homemaker and a member of the First Baptist Church in Graham.

To send flowers to the family in memory of Rosemary McClanahan, please visit our flower store.
Send a Sympathy Card