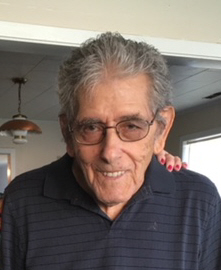 Seferino proudly served his country actively in the USMC for 3 years and then served 3 years as a member of the USMC Reserve.  Sef worked many years in the drilling industry starting as a derrick hand, worked his way up to owning his own drilling rig, then retired as a truck driver.

Sef will be greatly missed by his family and friends.  A memorial service will be held in New Mexico at a later date.

To send flowers to the family in memory of Seferino Gallegos, please visit our flower store.
Send a Sympathy Card