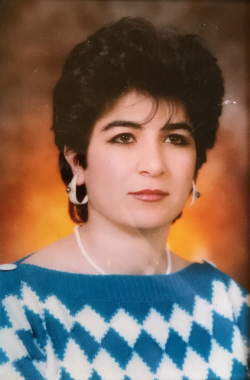 Shahrbanoo Farrah Sharif, 55, passed away Friday, April 21, 2017 in Wichita Falls.  Graveside services will be held Tuesday, April 25, 2017 at 2:00 p.m. in Rosemont Cemetery in Wichita Falls under the direction of Morrison Funeral Home.

To send flowers to the family in memory of Shahrbanoo Farrah Sharif, please visit our flower store.
Send a Sympathy Card