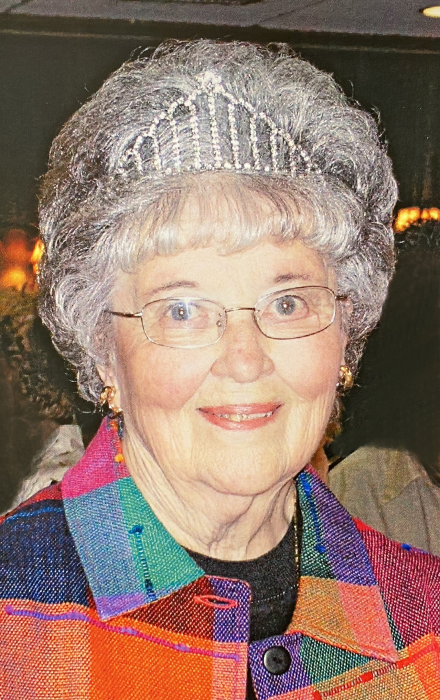 Sharon was born on August 18, 1928 in Allen, Oklahoma to David Britton and Hazel Jeanette (Franks) Broyles.  Above all else, Sharon lived a life of quite courage and strength.  Stricken by polio at age nine, Sharon overcame the challenges and obstacles of the disease.  She graduated from Nocona High School having her dad carry her across the stage to receive her diploma.

She went on to college and graduated from East Central State University in Ada, Oklahoma with a degree in history along with a teaching certificate.  Sharon dreamed of becoming a teacher and subsequently taught elementary school for 36 years in San Angelo, Texas.  She believed no one touches the future quite like a teacher and she worked everyday to inspire hope, ignite the imagination, and instill a love of learning in all of her students.  She truly loved each and every one of them.

It was in San Angelo she met her husband Donald Gene Sanders.  They were married for 46 years until his death in 1999.  In her marriage she fell in love many times- always with the same person.

Sharon loved to travel and spent time in every state in the United States except Hawaii.  She traveled the Alaskan Highway and made many great memories of her adventures. However, she never allowed her memories to be greater that her dreams.

Sharon dreamed of overcoming polio, becoming a wife, a mother, a grandmother and a teacher.  She accomplished it all.  She was  strong, fearless and beautiful.  She  lived her dreams and pursued her mission in life and believed anything was possible

Sharon was preceded in death by her parents, David Britton and Hazel Jeanette Broyles and by her husband, Donald Gene Sanders.

She is survived by her son, Donald Britton and daughter-in-law, Jana Maura Sanders; her grandchildren, Britton Lee and Meredith Elizabeth Sanders; her sister, Dava Lynn Williams and brother, David Condel Broyles.  Sharon is a Christian who has now received her reward. It is well with her soul.

To send flowers to the family in memory of Sharon Gayle Sanders, please visit our flower store.
Send a Sympathy Card